Will the twenty-first century be a century of crisis ? 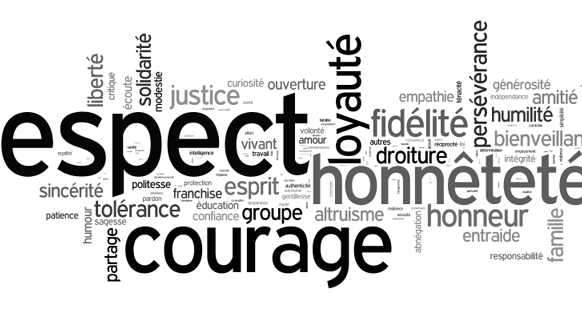 “The twenty-first century will be religious or it will not!” At the end of the twentieth century, Protestant moral values had revealed Max Weber [3] are clearly not at work anymore. Some even spoke about end of history. Today the world, and, within it, the business world, experiencing a moral overhaul for the better and for the worse. For businesses, the stakes are enormous because it engages their credibility, reputation and trust, ie the fundamentals of their business.

Schopenhauer was really the philosopher of will. Maybe had he understood before all others, it was an inherent, primordial manifestation of human life. Desire is already a will that seeks to assert itself. Through his will, man escapes determinism and contingencies of all kinds imposed by Mother Nature. He resists its sensitive inclinations [1], he exercises his freewill [2] and shapes his destiny by dint of choice which he is responsible. His ability to decide for the better, or for the least benefit, is insofar decisive for him and for the others. He is helped by ethics and moral laws.

The twentieth century manager has been faithful to this image of voluntary and modern man, he was a corporate hero. The energy of his will, his freedom and responsibility irrigated large industrial and commercial successes of the century. If we remember Henry Ford, Gabrielle Bonheur Chanel, Marcel Bloch or Eugène Schueller, we know that the same spirit animated all managers who followed them, since they took them for models.

“The Economist Intelligence Unit,” published in March 2002 a survey showing that ethical management was a company’s key success factor. According to this record, any good manager should be honest, frugal and sufficiently prepared to assume its role. At that time, business community was concerned about the glut that Internet bubble had generated. To resist it, managers must have a strong will, freedom, being clear-sighted and responsible.

Ideal company as we then thought, at least in France, was a centralized or multipolar organization that executed the will of one, in charge of incresing shareholders assets value. It stemmed from a pyramid scheme that had established strong bonds among its members which are expected to possess the cardinal virtues, temperance, courage, justice, generosity, prudence, to which was added the loyalty.

The only choice they had, was to join her. The company was not an area of ??freedom, on the contrary, it had sacrificed it on the altar of mass production that required almost military execution.

On the threshold of XXI century, the West has switched bipolar, it is fragmented under the pressure of a huge player, China, and has gone global. In this capitalist world, old authoritarian and draconian actors worth champions of freedom, all abut against same racketeering charges. They are accused of too often consider company interests against that entire community. Dealing with vaguely defined exercise of responsibility, the manager has placed shareholders before employees or company.

Protestant moral values ??had detected Weber [3] are clearly not at work anymore. If force is the law, it in essence can not be the ethical or the legal reference, it is a minimum that must constantly be adjusted. Indeed, this contributes to the feeling of emptiness left by the fall of ideologies and religions. [4] Morality is necessary for free man, it guides him. When it bends to the right, he exercises his freewill, whereas in the absence of morality, he submits to an authoritarian power from which he feels prisoner.

In front of established powers, emergence of freewills fascinates. Coming from nowhere, they are not conducted by established communities or groups, they are not localized, they know no border. Unpredictable, they appear suddenly thwarting a World trajectory determined by fews, sometimes for the worse, in the case of terrorism, often for better purposes.

They get their energy in new values ??that strengthen, complement and update a faulty or outdated moral law. They are environmental and social responsibility, fellowship towards other present and future men, and others. We discover that ethics and moral laws free wills and give them a great creative energy.

In fact, these freed wills had already occurred at the end of the twentieth century, they were Internet, personal computers, open source and free software movements, and more. Compared to technologism and then to technocracy, they were considered minor or local phenomena.

On the other hand, financial globalization has led to forge links between all men, everyone can be a direct shareholder or, more commonly, indirect one through regulatory or personal savings fund. The desire of men to restore moral laws begin to invade the financial system through ethical and sustainable investments. Although no one wants to endorse the formula: “the twenty-first century will be religious or it will not” [5], we must face the facts, freedom-loving, it is looking for new moral laws.

In its field, the business world is in love with startups which it described as “liberated enterprises” because they are exempt from the rule “the virtues of each to serve the will of one” , to comply with the “willingness of each to serve the values ??of all.” In its eyes, they have enough creative energy able to invent and produce new goods and services that meet the new moral aspirations. Requirements are strong, they come from everywhere, employees, customers, partners.

To succeed in this new environment, companies must go beyond intentions regularly appearing in charters which change management consulting firms prepare for them, and which only document decoherence of their actions. Moral law is not an intention but a rule of action and decision, this is the price of energies and wills release.

The stakes are high as they undertake credibility and reputation in a world concerned about environment, sustainable development, society, freedom, happy life and the future of digital society with man connected to machines. As strength of resistance to change is determining intensity of attacks, will the twenty-first century be a century of crisis ?

[1] Kant, Foundations of the Metaphysics of Morals (1785): “From all that is possible to design in the world, and even in general out of the world, there is nothing that can be held without restriction good, if not only a good will. ” [2] Schopenhauer essay on free will: “My will absolutely depend on me alone! I want what I want, what I want is that I want to ” [3] Max Weber, The Protestant Ethic and the Spirit of Capitalism [4] Francis Fukuyama, The End of History and the Last Man, [5] Formula given to André Malraux that he refuted