Wealth inequalities may hamper the future of Europe 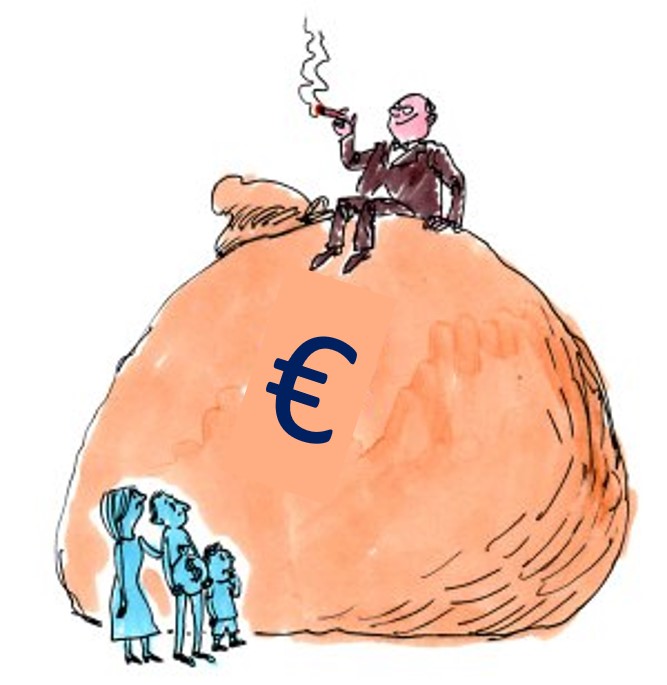 Most of European elite expect that European integration process will bring a better life for all citizen on the health, security and wealth levels. Since a lot of Europe fathers and forefront people have asserted that Europe is a matter of willing, the question of the practicability has been scarcely analyzed.

Will the eastern countries really catch up western ones ? If not, security stability will be impacted ? Will European Union remain a super economic agreement beside other European institutions less tight, like European council ?

On the ground of economy, several points have to be considered :

For example, to be able to catch up Germany or France, a country like Poland has to do huge investments which is not able today and probably not tomorrow since, in the same time, companies in western countries will go on growing.

To be able to make big investments, eastern companies have to rely on borrowing or State financing. All that European union rules prevent. Greece case remain in all memories. Then, it is impossible today to a middle European country to catch up a big one and to hope to join euro area. To figure out what’s going on, the diagram below shows the gap in Market Capitalization between Germany and Poland.

How one could believe in a free and egalitarian Europe which set on the same ground people from all countries ? Is security, an enough strong motivation, to accept different rank of Europeans ? It should be a big topic of European debate, otherwise the Brexit would be followed by a lot of ones.

From this point of view, Europe is less egalitarian than the United States. In spite of the European willing of solidarity, the gap between GDP per capita is much more narrowed in the US, in averagen, more or less 23 000 € around 33 000 € in Europe, compared to more or less 15 000$ around 60 000$ in the US.

The spirit of Europe fathers can only thrive surrounded by Security, Wealth, Rights values. This is the very meaning of European project. The rights alone cannot tight people links, if those are unequally wealthy. The Security cannot be settled if some of the people are still struggling for a good living. These principles have to be in mind of all attendants of the Future of Europe conference.